The Twin Falls School District Board of Trustees is pleased to announce Jennie Peterson as the new Elementary Programs Director for the TFSD. The new administrative hire was approved at the Tuesday, March 16, 2021 board meeting. 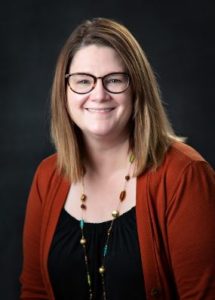 Peterson has worked in education for 17 years. She started her career teaching general education for the Kodiak Island Borough School District (KIBSD) in 2004. She served as the Curriculum Coordinator at KIBSD for two years starting in 2013 before taking the role of Director of Instruction in 2014. In 2016, Peterson took the role of East Elementary Principal in KIBSD where she broadened her building-level experience before returning to the role of Director of Instructions in 2019. Peterson will begin her work with the TFSD starting July 1 when the current Director of Elementary Programs, Teresa Jones, is set to retire.

“I am honored to be chosen to work with such an amazing group of administrators, educators, and students at Twin Falls School District. It is exciting to see the many great things already happening in the schools. I look forward to building upon those successes,” Peterson said. “My husband and I are also excited about becoming a part of an amazing community in which we can share our love for community outreach.”