The Twin Falls School District Board of Trustees is pleased to announce Noell Bautista as the new associate principal at Oregon Trail and Harrison elementary schools. The new administrative hire was approved at the board meeting May 28, 2021. Bautista fills this role that was split between two other associate principals during the 2020-21 school year.

Bautista currently serves as a fourth-grade teacher at Eagle Hills Elementary School in the West Ada School District. She has worked in this capacity for the last four years. She started her career in education as a curriculum and instruction assistant at the TFSD in 2003. She then transitioned to a 21st Century Grant coordinator at Perrine and Lincoln elementary schools in 2005. After receiving her teaching 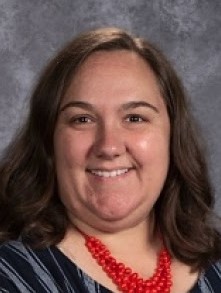 Bautista received a Bachelor of Business Administration (HR) from Boise State University, Elementary Education Certificate from Lewis-Clark State College in 2008, and a Master of Science in Educational Leadership from Western Governors University in 2017.

“I’m excited to be part of the Twin Falls education system again. I was there as a kindergartener, a graduate, a teacher and now looking forward to being the vice principal at Harrison & Oregon Trail Elementary. I’m looking forward to returning to the community, joining a team of experienced, talented and dedicated educators and continuing to inspire students to be life-long learners. I am eager to meet students and their families and proud to be part of the Huskies and Trailblazer family.” said Bautista.