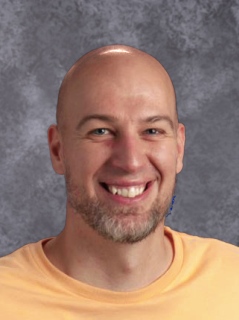 The Twin Falls School District Board of Trustees is pleased to announce Jason Kiester as the new associate principal at South Hills Middle School. The new administrative hire was approved at the board meeting May 19, 2021. Kiester fills the role previously held by Isaac Goodrich who is leaving the district.

Kiester started his career in education as a substitute teacher in the Shelley School District in 2005 and became an English teacher at Vallivue High School in 2009. He then moved to the Nampa School District where he served as a Spanish teacher for the 2010-2011 school year before transitioning to Homedale Middle School where he taught English and served as a counselor from 2011 to 2013.

Kiester received a Bachelor of Arts degree in 2009 from Brigham Young University-Idaho and a Masters of Education Administration in 2015 from William Woods University. Kiester is fluent in Spanish and enjoys supporting youth athletics. He has coached girls and boys basketball at a variety of levels, from middle school to varsity for the past 17 years, and coached volleyball at the middle school level for eight years. He also serves as a varsity basketball official.

“I’m so excited to be at South Hills Middle School and be a part of the Twin Falls School District. I know how important education is, and I want to add to all of the good that is happening at the middle school. There is such great value in supporting staff, students, and the community, and I’m ready to help them achieve great things and continue to grow in the coming years. I value support, communication, hard work, and dedication. I want to help South Hills explode with success and can’t wait to get started.,” said Kiester.