The Twin Falls School District Board of Trustees is pleased to announce Michelle Larson as the new associate principal at Morningside and Perrine elementary schools. The new administrative hire was approved at the board meeting May 28, 2021. Larson fills the role previously held by Jen Stokesberry who will become the Principal at Morningside Elementary School next year. 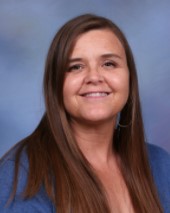 Larson is currently the Instructional Coach at Pillar Falls and Sawtooth elementary schools, a role she has held since 2019. She started her career in education as a para-educator for the Valley School District in 1996. In 1997 Larson became a third-grade teacher with the Wendell School District and in 1998 she joined the TFSD team as a third-grade teacher at Oregon Trail elementary school. In 2001 Larson moved to the Boise Independent School District where she taught fifth and sixth grade until 2006. In 2006 Larson returned to the TFSD teaching third, fifth, and sixth grades until 2011 when she took the role of Title I teacher at Oregon Trail Elementary School.

“I’m really excited to be part of the Morningside and Perrine staff. I look forward to getting to know the students and parents.” said Larson. “I am ready to help build upon the success of these schools.”